What are Activations & Deactivations?

An activation is when your customer uses a product key for your software and itʼs validated with our servers. This activations process “locks” the product key (and your software) to that one specific computer. Every product key you create can have 1 or more “allowed activations”. This lets you limit product keys so that they can only be used on a specific number of computers.

How to add activation to your software

To re-activate a computer simply call the activate function again. Thereʼs no need to deactivate first. Just calling activate again is enough. TurboActivate and the TurboFloat Server are smart enough to know what youʼre trying to do.

A customer can move your software from one computer to another if you want to allow it. The customer can do this by deactivating from the first computer and then activating on the other computer. The way you can deactivate is:

If a customer is using your app on separate computers frequently then they might be better off buying more activations from you (so they can be permanently activated on all of their computers) of you might want to offer floating licensing for your app.

You can limit how many deactivations a product key can have by setting it when you create the key or editing it later: 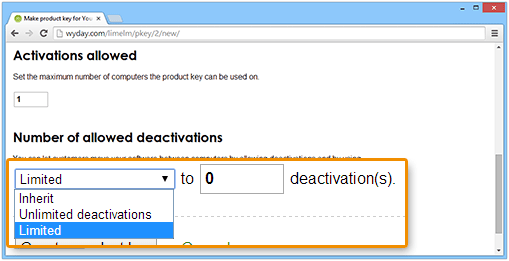 How “activations” relates to the payment plans

On the signup page youʼll see that each plan has a number of “activations” listed: 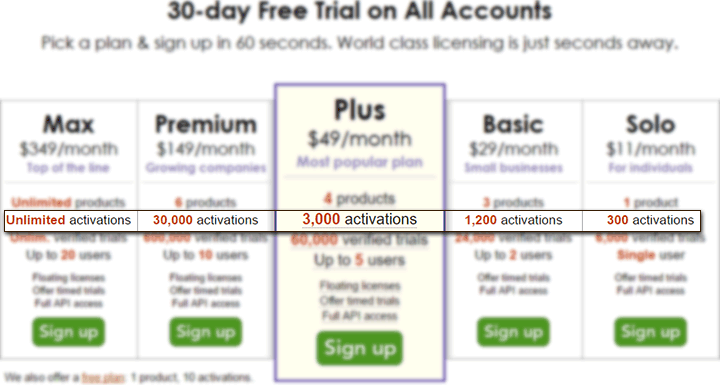