Making the menus in your .NET app look professional

Those of you who follow this blog regularly already know the tip Im sharing today. Its about the control I created a couple of years ago: VistaMenu. 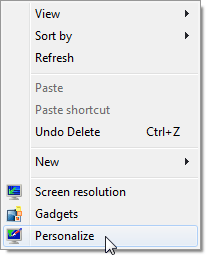 Normally I would just show a menu from Windows 7 and say this is how you do it. Take the menu above, for example. Its the context menu when you right click the desktop in Windows 7. Its subtle and usable. Its less about being visually appealing than it is about being usable.

I find Windows Vista and Windows 7 menus to be aesthetically pleasing. However, not everyone would agree.

How do you judge art? Its damn near impossible to get 100% consensus. Luckily programs arent art they have utility first and style second.

Or, put more simply, if the style detracts from usability it is bad style.

Here are a couple of examples of bad menus. The following menus are tacky for the simple reason that the styling adds no extras usability. The excessive gradients and bad backgrounds distracts from the purpose of the menus:

Difference between MenuStrip and MainMenu

If youve been programming with Windows Forms for any length of time, its very likely you already use MenuStrips and ContextMenuStrips. They are entirely custom-draw menus created by Microsoft and included in .NET Framework 2.0+. 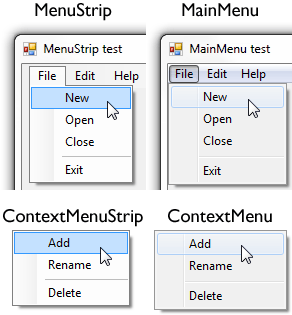 You can add MainMenu & ContextMenu to Visual Studio by right clicking the toolbox, clicking Choose Items and checking the MainMenu and ContextMenu check boxes.

Why you should always use MainMenu

If all the discussion of aesthetics was lost on you, then you should always use MainMenu for two simple reasons:

The MenuStrip and ContextMenuStrip controls are written entirely in C# and will forever look as tacky as they do now. The MainMenu and ContextMenu, however, are simple wrappers around the Windows API. This means that whenever Microsoft updates the menu API in Windows you will get all the usability improvements without lifting a finger.

Look at the screenshot below and you can see how Microsoft even changed the menu API between Windows Vista and Windows 7. The borders are sharper, the colors are tweaked, and the gradient is toned down.

Adding icons to MainMenu and ContextMenus

Microsoft was good enough to add simple API for adding icons to menus. I wrote a .NET wrapper for this API a couple of years ago, VistaMenu. Enough chit-chat, heres how you use VistaMenu. Its open source and works with Windows 98 Windows 7. 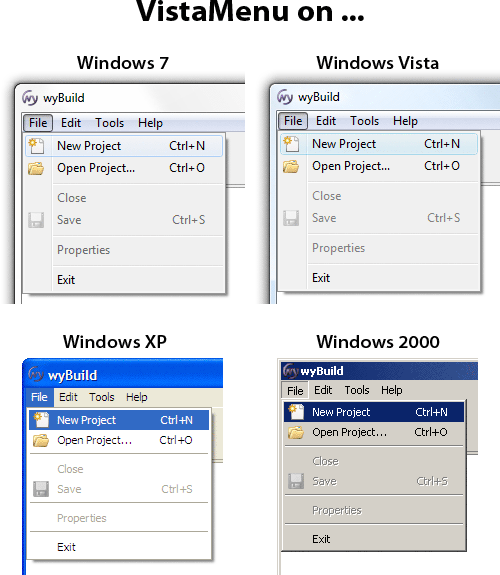 Join me tomorrow when I talk about Windows 7 progress bars. See the full list of articles in the series.